Providing financial and in-kind assistance improves living standards for all but for some more than others: Evidence from a randomized evaluation conducted in Upper Egypt 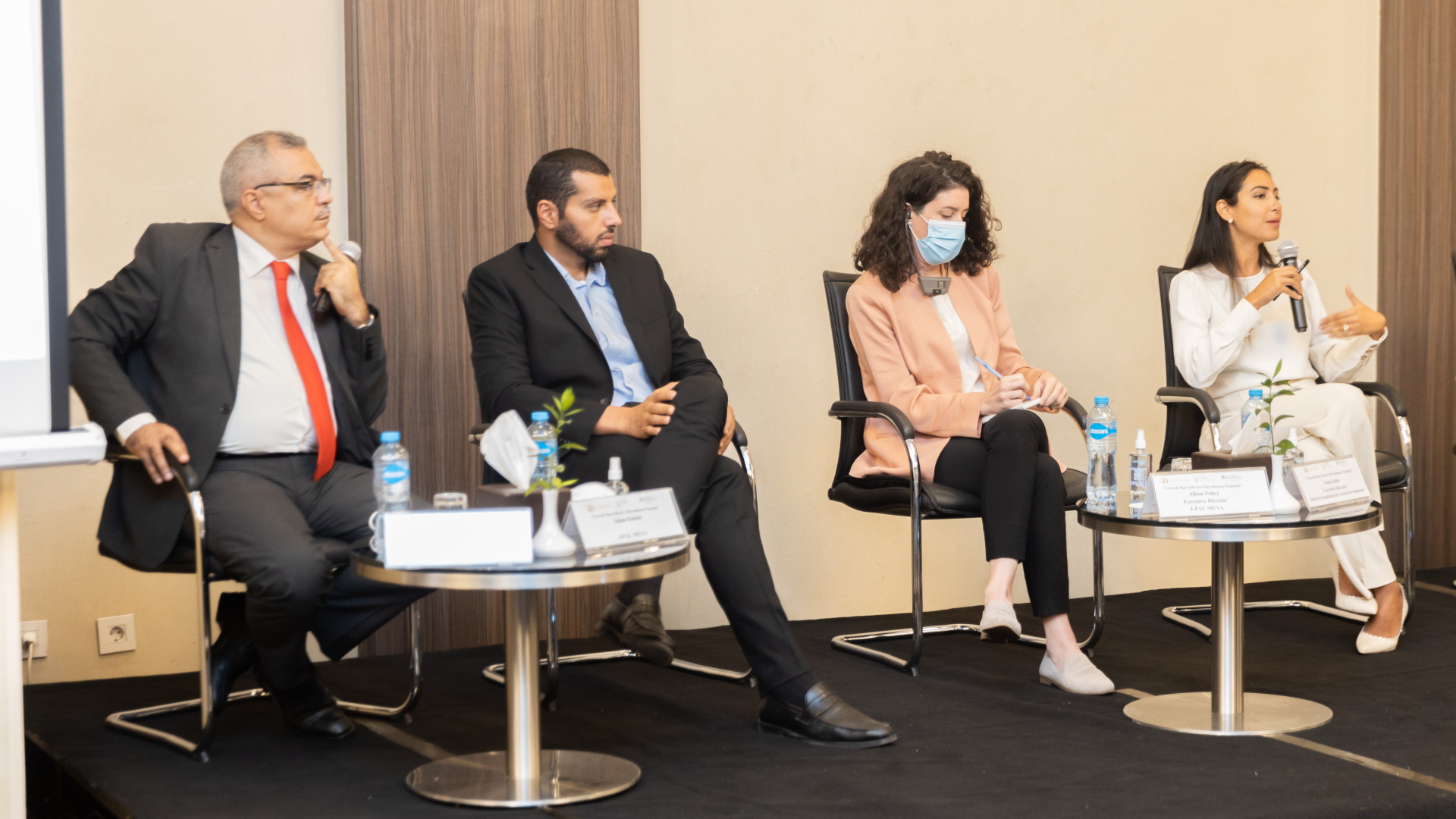 Sawiris Foundation for Social Development hosted a seminar on Sunday, September 12 in collaboration with the Abdul Latif Jameel Poverty Action Lab Middle East and North Africa based at The American University in Cairo to discuss findings of a study conducted on the effects of loans and grants on microenterprises performance and poverty alleviation. Watch it here.

People who are poor or at risk of poverty often struggle to access financial resources that can support them in starting or maintaining businesses that sustain their basic needs. In recent decades, development practitioners and policymakers have been exploring microcredit as a possible solution to improve access to finance for those most in need. Evidence about the impact of microcredit has been mixed, and requires deeper study. Moreover, the type of financial assistance may come in various forms: in-kind grants, cash grants or low-interest loans.

The program assessed the impacts of various forms of financial assistance offered, including cash grants, in-kind grants, and loans. The NGOs screened interested individuals between the ages of 21 to 35 and who had a sound business plan for a new or an existing business. The researchers measured the impact of the different types of assistance on microenterprise growth in Upper Egypt. Although different types of financial assistance have shown growth in businesses and general economic welfare of its recipients, the study traced the varying degrees of impact, taking into consideration recipients’ variable characteristics such as gender, education, and experience. The overarching findings point in the direction that it matters greatly not only what types of microfinance products that are offered, but also who is receiving the financial assistance and what are their personal traits.

SFSD organized a seminar on September 12 to discuss these findings in greater detail with Dr. Osman as well as representatives from J-PAL MENA and SFSD team among other members of the Egyptian microfinance community. SFSD executive director Noura Selim reflected on the importance of the study in directing the Foundation’s support towards impactful and evidence-based programs. Selim also asserted the Foundation's commitment to offer funding for projects that have been rigorously tested and are backed by evidence while also reserving some funding for pilot projects that test promising and innovative ideas.

J-PAL MENA executive director Alison Fahey added that over 200 randomized controlled trials have been conducted by J-PAL on microfinance interventions, and loans more specifically. Fahey also mentioned a study in India that reported the positive impact of allowing a two-month grace period for the first repayment of a loan on long-term economic gains.

Dr. Osman shared the main findings of the study, notably that women receiving either type of microfinance (loans or grants) made observable gains in business performance in comparison to their male counterparts. Moreover, in-kind grants proved to be the most effective type of assistance when it comes to advancing existing businesses, while low-interest loans were identified as four times more cost-effective than in-kind or cash grants. Readers who are more interested in detailed results may access a summary of the evaluation or the study’s working paper.

SFSD Economic Empowerment sector director Mohamed Barakat also remarked that they are not only concerned with measuring the economic returns of microfinance interventions at SFSD. Rather, the sector is also interested in measuring social and developmental impacts of these interventions such as their impact on alleviating or reducing poverty. Barakat also noted that low or no interest rate loans have shown to be successful in providing economics gains for households of target groups.

In conclusion, SFSD asserts its commitment to supporting programs and directing policy recommendations guided by rigorous evidence. The Foundation has expanded its operations based on this commitment by establishing a Learning and Strategy department as to institutionalize evidence-based practices throughout the Foundation and beyond. The Foundation is looking forward to continuously sharing lessons learned from its programs and evaluations with the broader development community so that together, we can mobilize knowledge towards the most cost-effective interventions that reduce multi-dimensional poverty in Egypt.

You can watch the full recording of the seminar here.

Adham Hamdy is a Learning and Strategy research assistant at SFSD. He graduated in January 2020 from the University of Sussex with an MA in Social and Political Thought. He also consults with the EBRD and is a strong advocate of social and ecological policy.